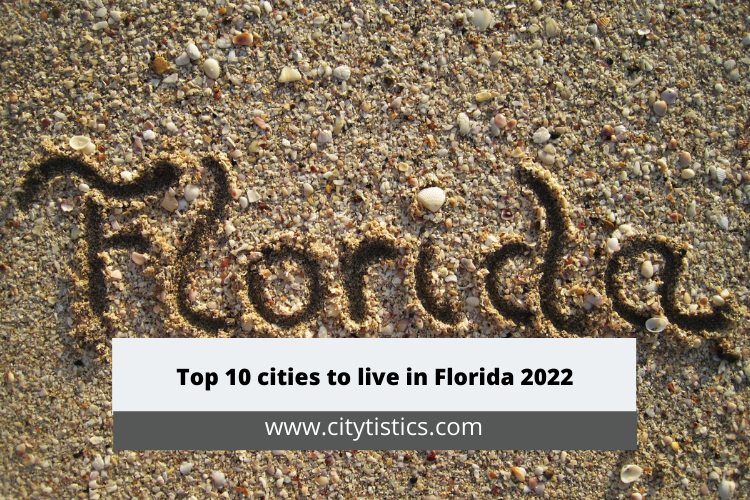 There are many reasons to consider moving to Florida, including its wonderful climate, pro-business environment, and diverse landscape. While there are many positives to living in Florida, there are also some drawbacks that should be considered before making the move. In this article, we will take a look at the pros and cons of living in Florida and provide some tips on what to see and do when you get there. We will also provide our recommendation on the top ten cities to live in Florida.

Pros and Cons of Living in Florida

To get us started one of the biggest pros of moving to Florida would be the beautiful weather that Florida has to offer. With an all year round summer, there really is nothing quite like it that can even remotely compete. Coupled with the fact Florida is home to hundreds of miles of beaches and is situated between the Gulf of Mexico and the Atlantic Ocean, you’re almost guaranteed to feel like you’re on vacation every day!

However, for those who prefer colder climates and perhaps, even enjoy the winter evenings, the climate in Florida does not offer different seasons. This can potentially be a major con to living in Florida that must be considered.

Let’s talk about finances. One of the major positives of living in Florida is the reasonable cost of living that is prevalent in the state. Additionally, the state of Florida has no personal income tax and property taxes are also below average. These two statements alone may be enough for some to make the switch!

However, for those who don’t mind not having public transportation on demand but have access to their own transportation the state has a long list of things to do. Florida is world-renowned for its beach resorts, amusement parks and other attractions. In other words, plenty of things to keep you busy!

Now that’s the important pros and cons out the way, if you’re considering a move to Florida you still need to pick a city to call home. We have organized this list using our own data on Livability which is quite literally how livable a place is.

So to start with, in tenth place for the best city to live in Florida, is Orlando. Now, to most people, the city of Orlando is synonymous with theme parks. You would not be wrong either! Our internal data and scoring system provided Orlando with a score of 64/100. The highest-scoring factor was the cost of living whilst the lowest-scoring factor was the crime rate. Both of which are very important factors.

Next up, tied for ninth and eighth on the list of best cities to live in Florida we have Jacksonville. The largest city in Florida and home to 850 square miles of beaches. The city scored 66/100 on our Livability index with the highest possible score for cost of living but again scored low for the crime rate. However, if you want sun, beaches and low costs perhaps Jacksonville is the city for you.

The next city, in ninth and eighth place, is Sarasota making it onto the list of best cities to live in Florida. The city scored 66/100 with a low score for crime rate but an extremely good score for the low cost of living. Whilst, not one of the most well-known cities on the list the city is still home to plenty of beautiful beaches.

Next up, it’s another tie for the best cities to live in Florida! In seventh and sixth place we have Miami. Most people, if not all, will have heard of Miami. With its world-renowned nightlife scene, prestigious shopping malls and high-end hotels and not to mention pristine beaches, the city really has it all. The city scored 67/100 on our Livability Index whilst the cost of living score is higher than the previous cities, the education factors in Miami help to achieve a higher score.

Up next, in seventh and sixth place we have Melbourne as the next best city to live in Florida. The city scored 67/100 with a high score for cost of living and good education levels which helps it to compete against the likes of the City of Miami. The city is again notable for its proximity to the beaches on offer.

In fifth place for the best cities to live in Florida, we have Naples. The city scored 69/100 for livability with great scores for low crime rates and for low costs of living. The city is most known for its high-end shopping, culture and dining amenities which may be important aspects for those looking to move to the city.

Narrowly missing out on third place we have the city of Destin. Coming in fourth for the best cities to live in Florida the city scored 71/100. The city achieved this score for its commendable low crime rates whilst maintaining an above-average low cost of living. The city is another example of great beach towns that are on offer in Florida.

In third place for the best city to live in Florida, we have Tampa. We have previously mentioned Tampa as one of the best cities to invest in real estate. As it continues to expand it is no surprise that it has scored so highly on this list. The city scored 72/100 for Livability, with good scores for education standards, low rates of crime and a great score for the low cost of living.

Next up, it’s another tie, the competition is fierce in Florida! The city of Saint Augustine scored 75/100 with commendable scores for the low cost of living, low crime rates and good education standards. All of which are important factors when deciding which to move to. Not to mention, the city lays claim to being the oldest city in America and has been occupied for more than 450 years! If you’re going to move to any city, maybe move to one that people have chosen to reside in for the longest in history!

Finally, tied for first and second the city of Saint Petersburg completes the list of the top ten best cities to live in Florida. The city nicknamed Sunshine City from the Sunshine State scored a remarkable 75/100 on our Livability index. With an extremely high score for low rates of crime and a great score for the low cost of living helping it to attain this lofty position. The city offers multiple activities to keep residents busy such as golfing, boating, fishing and of course, beach-going!

There you have it, we hope this article has provided you with some useful information on the positives and negatives of living or moving to Florida. Whilst we have provided a list of the top ten best cities in Florida to consider, we appreciate that everyone has their own opinion but rest assured if the city you’re thinking about wasn’t mentioned you can find out more here. Feel free to browse our other articles for handy lists!